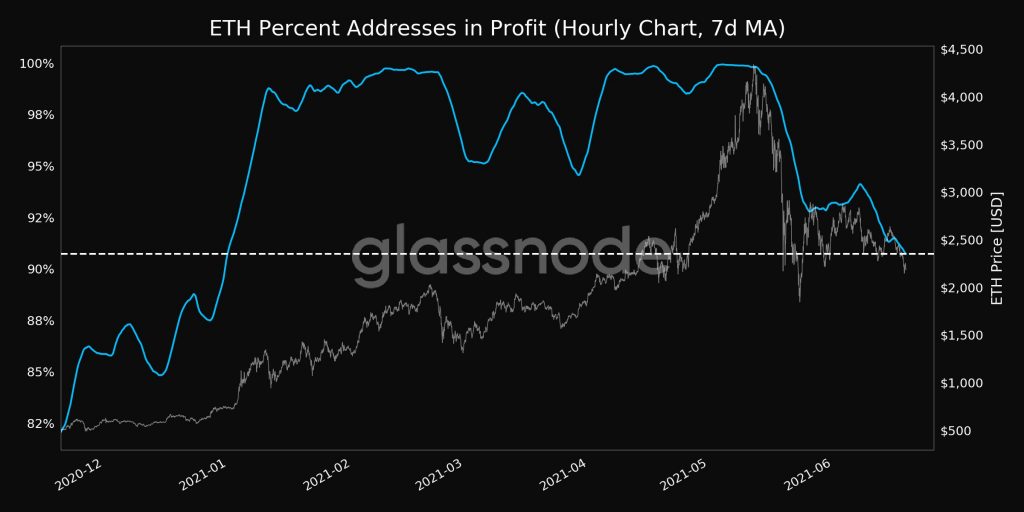 Ethereum Addresses in Loss Hits a 5-month High of 5.542 Million 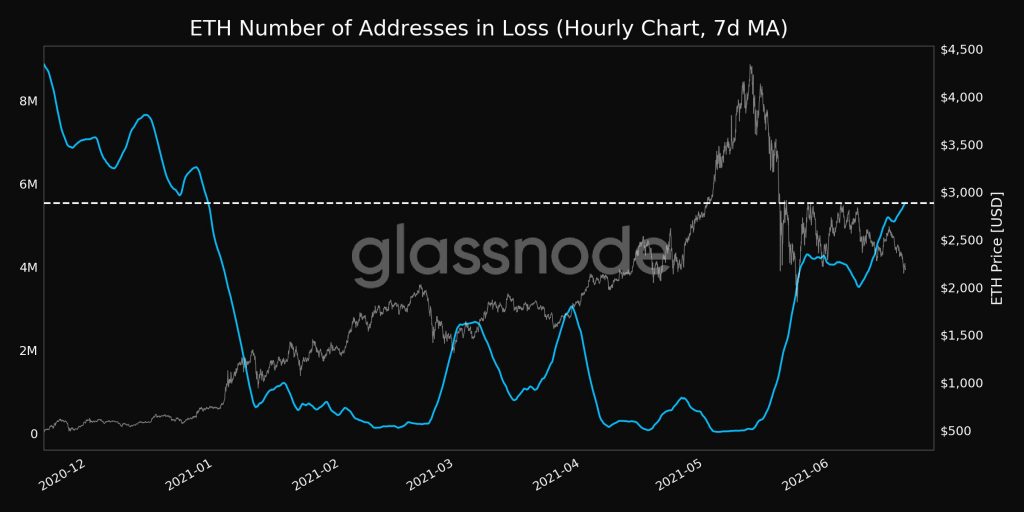 In an additional analysis, the Glassnode team also pointed out that Ethereum miner revenue has also hit a 3-month low of $1.121 million as demonstrated in the following chart. 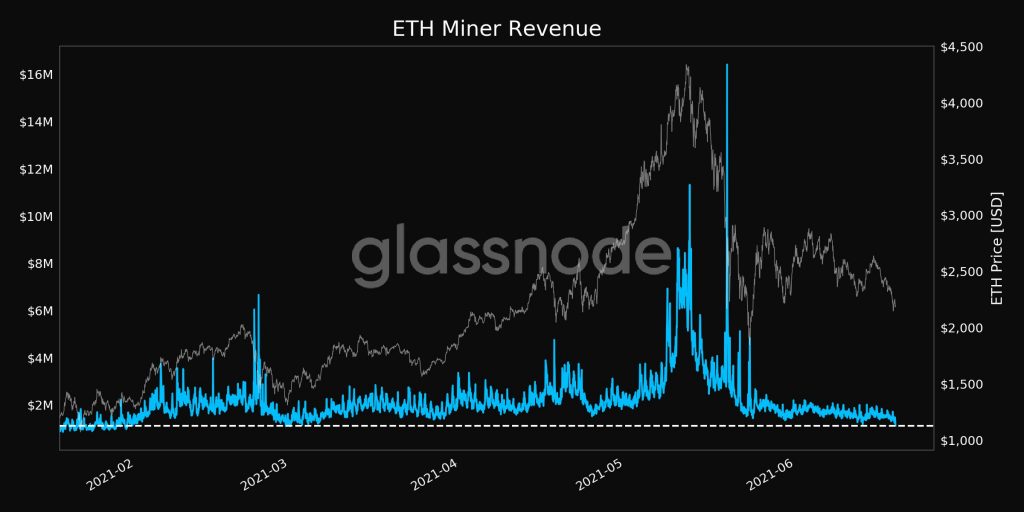 In terms of Ethereum flows in and out of exchanges, investors have deposited a total of 187k ETH into these platforms in the last seven days as highlighted in the following screenshot courtesy of Viewbase.com.

Is Capitulation on the Horizon for Ethereum?

In an earlier analysis, it was pointed out that Ethereum could be gearing up for a retest of $1,800 due to Bitcoin continually asserting its dominance in the markets.

An increased Bitcoin dominance, coupled with the metrics pointed above, points towards an ongoing pullback for Ethereum that could ultimately lead to capitulation by ETH investors if the general market environment gets worse.

Kyber Network Admits A Portion of Its Treasury Was Held By 3AC, But Not Significant to Affect KNC Operations